Share a memory
Obituary & Services
Tribute Wall
Read more about the life story of Kenneth and share your memory.

Kenneth Stephan Roberts passed away on his 82nd birthday surrounded by his loving wife and daughters at his beloved home in Kennett Square, Pennsylvania.

Ken was born August 30th, 1940, in Buenos Aires, Argentina, to Kenneth Shelley and Grace Chardy Roberts.  Ken’s father had been transferred from Kennett Square to Argentina and the family was living in Buenos Aires at the time of his birth.  When he was 8 years old, the Roberts family moved back to Kennett Square, and Ken ultimately became a 74-year resident and 24-year civil servant of the Borough of Kennett Square.  He was a 1959 graduate of Kennett High School, where he and his twin brother were stand-out athletes in baseball, basketball, and soccer.  Ken’s athletic accomplishments led him to Hartwick College in Oneonta, NY, where he played three sports at the collegiate level.  It was at Hartwick College where Ken met the love of his life, Priscilla Reece Roberts of Long Island, NY.  Ken and Prissy were married in 1965 and enjoyed 57 years of marriage. Just prior to their marriage, Ken served in the National Guard, where he played on the baseball team representing the US Army.

Ken was the third-generation owner of Chardy Memorials in Kennett Square, and he ran the business for 45 years until his recent retirement.  He was very proud of his family business and always strove to provide his customers with the highest quality and very personal and timely service.  Because of Ken’s dedication, Chardy Memorials will celebrate its 100th anniversary this year, making it one of the longest running businesses in the Borough.

Ken loved Kennett Square and gave much back to the community.  He served for 24 years on the Kennett Square Borough Council and presided as President for fourteen of those years.  During his tenure, he was recognized for many innovative initiatives that revitalized the town.  He helped bring Genesis Healthcare and the parking garage to Kennett.  He suggested the Borough lease the land to the YMCA at a rate of $1 for 99 years, which resulted in the current Kennett Area YMCA.  He and council also worked with Kennett Township to form the Kennett Area Park Authority (KAPA) to oversee the creation of the Anson B. Nixon Park, preserving open space and providing passive recreation for the community.  In addition, he helped facilitate the preservation of land for what would become the Legacy Fields for Kennett Consolidated School District.  As a parent in Kennett Square in the 1970s and 1980s, Ken realized there were very few organized recreational sports for children in the community.  He co-founded the Kennett Area Park and Recreation Board Basketball League, providing competitive basketball for hundreds of boys and girls ages 10-16 each winter.  Ken served as Commissioner, coach, umpire, and/or referee, for many local sports to ensure leagues and teams thrived.  He especially enjoyed co-coaching the high school girls’ traveling softball team each summer.  Ken will long be remembered for his dedication and service to Kennett Square.

Ken is survived by his wife, Prissy, his daughter and son-in-law, Kelly and Bart Kaericher, daughter Elizabeth Chardy Roberts, and granddaughter Kendra Grace Kaericher.  He is also survived by his twin brother and best friend, Rick Roberts (“Coach”).  Ken enjoyed all holidays with his extended family and is survived by his nieces and nephews and their children, whom he loved very much.  Ken was also grateful for his close friends at the Kennett Square Golf and Country Club. Ken was predeceased by his sister, Shelley Jones.

Interment for the family will be at Union Hill Cemetery on Saturday, September 17th at 11:00am.  Friends of Kenny are invited to a Service of Remembrance at the Kennett Square Golf and Country Club, 100 E. Locust Ln, Kennett Square, PA, on Saturday, September 17th from 3:00pm to 5:00pm.  In lieu of flowers, the family requests donations be made to Avon Grove Lions Foundation, Inc. 600 N. Baker Station Rd., West Grove, PA 19390 in memory of Ken Roberts, to support their medical equipment program.  Arrangements are provided by Matthew Grieco of Grieco Funeral Home & Crematory, Inc. 484-734-8100 of Kennett Square. To share a memory with his family, please visit www.griecofunerals.com. 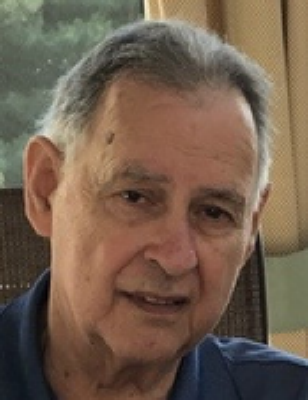