Share a memory
Obituary & Services
Tribute Wall
Read more about the life story of Stuart and share your memory.

Stuart led a life of remarkable accomplishment beyond being a great family man, serving in the Army and as an Attorney, Banker, Public Servant, Musician and Environmentalist. Stuart was born in Cleveland, OH, on October 14, 1930, to Elton Albert Root and Virginia Saxton Dowling Root and raised in Chagrin Falls, OH, where he graduated from high school in 1950. Known for his sense of humor and love of classical music, he graduated from Ohio Wesleyan University (OWU) in 1955 with a B.A. in Philosophy after achieving many accomplishments – being elected President of “ODK,” the Omicron Delta Kappa Honor Society, and becoming a lifelong member of the Phi Gamma Delta fraternity (a “Fiji” like his brother) of which he was President of the chapter at OWU in 1954-55.  It was at OWU that he met his first wife Jean, a sorority girl whom he thoroughly enjoyed courting. He went on to serve his country as an Army Private rank of Specialist II, Clerk Typist in Heidelberg Germany for the Allied Command European Headquarters in the 1950s. After completing his service, he was married to “Jeannie” in December of 1957 and settled in New York City having been accepted at Columbia Law School. After earning his law degree from Columbia in 1960, he and Jean had their first son Bryan while living in the Bronx, and simultaneously he joined Cadwalader Wickersham & Taft, the oldest law firm in New York at that time.  Throughout the early 1960s, he and Jean started raising four children and moving to settle the family in Princeton, NJ. Stuart and Jean subsequently divorced and Stuart later married Patricia Stoneman Graff in 1976 and their marriage lasted throughout his professional career and included travels around the world until they divorced in 1997, but they remained good friends for all their years until his passing.

While practicing at Cadwalader, Stuart became actively involved in designing the legal structure for the largest real estate acquisition in Manhattan since Rockefeller Center. His client was the Bowery Savings Bank, one of the largest savings institutions in the world at that time. In 1968-69, he served as an advisor for the Government National Mortgage Association (Ginnie Mae), and by 1970 became the legal architect for a new federal agency known as Freddie Mac (the Federal Home Loan Mortgage Corporation). After years of service as General Counsel to the Bowery and helping to engineer the acquisition of Equitable Savings & Loan Association, from 1981 through 1983, Mr. Root served as President and Vice Chairman of the Bowery Saving Bank.  Although the bank was ailing when he joined, he helped it weather the storm of deregulation to restore the bank as one of the strongest in the nation and one of the largest savings banks in the US upon his leaving, as highlighted in the New York Times “Business People” feature at the time. Upon his resignation, he continued as the bank’s legal counsel and returned to practice at Cadwalader.

His success with The Bowery prompted him to be nominated by President Reagan and subsequently confirmed by the U.S. Senate as the Executive Director of the Federal Savings and Loan Insurance Corporation, leading the government agency charged with regulating all savings and loan institutions in the United States. He served there from 1987-89 and continued his service testifying before Congress several times from 1990-1991.

He returned to private practice and consulted on many real estate and banking concerns, most notably traveling to Liberia in 1998 to consult for then President Charles Taylor on improving the banking systems of that country.

His life in the New York metro was accomplished, having several apartments in New York City and homes in Princeton NJ, as well as in Pelham, Bronxville and Beaverkill Valley New York.  As an active member of New York’s banking and law community, Stuart was a veteran member of several downtown dining clubs, including the Down Town Association and The Recess Club.

Among his many passions were choral performance, opera, classical music, and religious service.  Remaining true to some of these lifelong passions, he was Chairman of the Board for the Harlem School of Arts, elected in 1972, where he collaborated with founder Dorothy Maynor to grow the then fledging non-profit performing arts schools serving children in Harlem, NY. Stuart was a longstanding member of the Canterbury Choral Society in New York City and, in his retirement years, a performer and supporter of the Delaware Valley Opera contributing his voice in the role of Dulcamara in Donizetti’s The Elixir of Love in 2011. Stuart was lucky enough to be in a film Groomed (2013) earning him a listing in IMDB.com. He was a decades long member of New York’s enclave for distinguished authors and artists, The Century Association, hosting many parties for the family and memorable lunches and dinners.  An author himself, he penned two short books and many articles and opinion pieces for the Wall Street Journal and New York Times.  He was a contributor to various churches in New York, including the Church of the Heavenly Rest and Saint Thomas Church, Fifth Avenue.  Notably he was a long-time leader of the Beaverkill Community Church (NY), where he designed, and for many years led, the still cherished Christmas Service and several Summer Musicals widely enjoyed by the Beaverkill Valley community. As his professional life grew, he also grew as an amateur golfer, enjoying several club memberships over the years, including The Pelham Country Club and Tennanah Lake Golf and Tennis Club (Roscoe New York.)

An ardent environmentalist, Mr. Root was a former Board Member of Open Space Institute, Inc. (OSI), established to preserve open space through a variety of means, including direct acquisition, and to provide technical and organizational assistance to citizen groups concerned with local land use and environmental issues. At OSI, he was instrumental in establishing several conservancies, including The Beaverkill Conservancy, the Columbia Land Conservancy, Scenic Hudson Valley, and the Land Trust Alliance of New York.

Stuart will be interred at the family lot at Evergreen Hill Cemetery in Chagrin Falls, OH on Friday, January 6, 2023 at 11:00am.  The family would like to pay special thanks to all of the team members at Twin Pines Health Care Center in West Grove, as well as nurses and aides for Holisticare Hospice, for their care and compassion in helping Stuart during his final months of life.  Per his wishes, the family would welcome donations in Stuart’s memory to the Chagrin Falls Historical Society (https://www.chagrinhistorical.org/donate/) and the Beaverkill Community Church, P.O. Box 650, Roscoe, NY 12776.

To send flowers to the family or plant a tree in memory of Stuart Dowling Root, please visit our floral store. 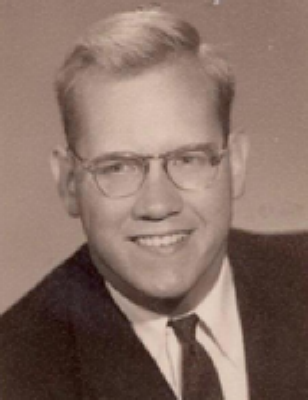