Share a memory
Obituary & Services
Tribute Wall
Read more about the life story of William and share your memory.

William Alexander Needham Severance passed away peacefully on January 8, surrounded by love and laughter as family stories were retold.  He was born in January of 1931 in Lansing, Michigan, and named after his mother’s father, William Alexander Needham. As a child, he and his four sisters helped with the greenhouse, the summer business his grandmother had begun and his father ran. He enjoyed summer vacations at the Severance cottage on Green Lake in Northern Michigan, and followed the family tradition with his own five children. His family attended concerts across the lake at Interlochen Music Camp. Blond haired brown eyed Billy learned the trumpet and piano, and was active in the orchestra in high school. He went to college on scholarship from the Navy, studying Astronomy as an undergrad and getting his Master’s degree in Nuclear Engineering from the University of Michigan. (He got his smarts from his mother, who was valedictorian at the University of Illinois, and taught at Columbia University prior to marrying.) He met Sibyl Lutz in college, and they married in September of 1953. Two months later he was on the USS Haynsworth World Cruise, returning to Norfolk VA in June 1954. He left the Navy as a Lieutenant.

Bill accepted a nuclear engineering position at EI DuPont, and moved his wife and two children to Delaware, where the last three children were born. When DuPont assigned him to work on a military project, he refused saying “There are enough bombs in the world.”  Bill was interested in chemical engineering, and managed to change his focus at work, where he invented a silver gauge for x-ray film, a lucrative discovery for DuPont.

He and Sib joined the Unitarian Universalist Fellowship in Newark, raising their children in this philosophical faith.  A liberal, he served on the Newark Housing Authority, took his family to protests against the Vietnam war, and stopped the local swimming pool from excluding African Americans.  His moral compass was balanced with an unfailing sense of humor.  He would bring new jokes home from work to tell at the dinner table. As a member of the tenth generation of Severance men in America, he countered a conservative colleague’s claim of being more American, by letting him know that his own ancestor captained a ship from England and settled in the Massachusetts Bay Colony in the 1630s. Always a patriot, his American Flag fluttered in the breeze on the porch above a dinosaur bone and a large piece of petrified wood.

In the 70's Bill and Sib bought a 45-acre property in Pennsylvania with a farmhouse, carriage house and barn. The family loved this home--exploring and playing in the fields, marsh, and woods. Wildlife, such as white-tailed deer, and red foxes have been abundant, as well as songbirds in the meadows. Bill worked for years to have the property placed under a conservation easement to help protect the flora and fauna. As adults the children and grandchildren have treasured visiting on holidays and vacations.

Bill and Sib vacationed around the country, Canada and Mexico, taking the children camping in National Parks and Forests, and visiting museums and extended family. In an era when most men wanted their wives to stay home, he encouraged Sib to get her masters and PhD in English Literature and to pursue her research with trips abroad and summers at Yale.  He supported her teaching career at Penn State.  Bill was deeply affected by Sib’s extended illness and subsequent death in June of 1997.

His other loves included jazz music and University of Michigan football. He relished the games against Michigan State, where his four sisters had been educated. They had a lifelong good-natured rivalry over the games. He also had a passion for studying Michigan copper mining and minerals from around the world. He regularly attended mineral shows in Detroit, Denver, and Tuscon.

Bill is survived by his partner Marlene Lichtenstadter, former partner Anne Murray, children Ellen, Dave, Carol, Steven and Emily, his son-in-law Vince Budnick, two grandsons Max and Asa Budnick, and his sisters’ children and grandchildren. Immediate and extended family were ever present in his heart and on his mind--he faithfully emailed birthday wishes to living relatives and honored memories of those who had passed. He was the hub of his family.

In lieu of flowers, donations in his name can be made to the American Civil Liberties Union (ACLU), Amnesty International, or the American Indian College Fund. The burial at London Grove Friends Meeting will be private.  A memorial service will be scheduled for June.  Arrangements are by Matthew Grieco of Grieco Funeral Home & Crematory, Inc.  (484-734-8100).  To view his online obituary and leave a tribute for the family, please go to www.griecofunerals.com. 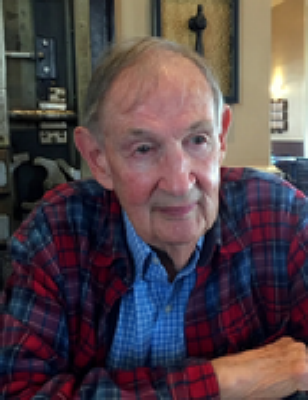